What is bitcoin really?


It's simply an accounting system and means of exchange that uses blockchain technology to track ownership and exchange transactions.

That's all it does.

Imagine bitcoin as a bank in a location that allows anonymous numbered accounts, as was once possible in some Swiss banks.

You are a US drug dealer. You want to buy drugs from your Colombian supplier:

1. You open an anonymous numbered account at the Bitcoin Bank. Your supplier also opens an account there.

2. You pay the bank enough US dollars to buy some bitcoin. You deposit the bitcoin in your account.

3. You instruct the bank to transfer the bitcoin to the account of your Colombian supplier. The bank does this.

4. Your supplier withdraws the bitcoin from his account and uses it to buy Colombian pesos. Having been paid, he sends you the drugs.

You have used bitcoin to move money anonymously and internationally. Note this: you both "owned" bitcoin for very little time: a few hours, or maybe only a few minutes...or even seconds! Just long enough to complete the transaction.

The transactions are public knowledge—anyone with access to the bitcoin system (and anyone can gain access) can see that the transaction occurred, but they cannot see the identity of the sender or receiver of the funds.

If you had performed this transaction through traditional banks or foreign exchange services, by law they would have recorded the identity of sender and receiver, and would make that information available to governments upon demand for enforcement of laws and regulations, and the payment of taxes.

What's a Bitcoin Worth?

Does bitcoin have value? Yes, as a medium of exchange. It allows people to accomplish something they want to do, and therefore it is a service of value to the people who want to perform such transactions. The anonymity has value, just as does an anonymous numbered bank account.

The service is also of value to the companies that offer access to bitcoin purchases and sales. They collect transaction fees for their service.

But does a "bitcoin" itself have value? No. There is no such thing as a bitcoin. It does not exist. Only the bitcoin accounting and exchange system exists, and it "exists" only as impulses and data in a computer. This is similar to the "money" that is "exchanged" when you pay for something with a credit card, or transfer money through the banking system. The "money" is only an accounting of data in a computer.

(While cryptocurrencies have no inherent value, blockchain technology can be extraordinarily useful. Read this article.)

Are Bitcoins a Good Investment?

No. Bitcoins have no intrinsic value.

If you buy shares of stock in a company, you have a right to share in the profits of that company. If you buy a bond, payments of interest are guaranteed by the organization (government, corporation, etc.) that issued the bond. If you buy land, or a physical asset such as a building, a truck or a ship, these assets can be used to produce revenue. There are real-world economic forces supporting these investments.

There is no such real-world force supporting bitcoin or any other cryptocurrency.

So Is Bitcoin Just Speculation?

Yes. As bitcoins do not exist, and have no real-world economic force supporting them, buying and holding them as an investment is almost pure speculation.

Because, as mentioned above, bitcoin as a service does have some value: it allows people to move money anonymously, a service particularly valuable to criminals. To the extent that criminals and others are willing to pay transaction fees for this service, and to purchase bitcoins to use it, it has some practical value.

However, these users are not investors or even speculators: they "own" bitcoins only for short periods. In fact, if the value of a bitcoin changes while their transaction is being processed, it is a disadvantage to them. They would prefer for bitcoin to have a fixed value relative to the real-world currency they desire (dollars, euros, pesos, etc.)

And the moment a government decides to intervene and regulate bitcoins and transactions made with them, the value of the service to criminals will collapse, and perhaps bitcoin with it.

Yes. The system was designed to allow the creation of up to 21 million bitcoins. (At this writing, about 16 million bitcoins have been created.) This is an artificial scarcity. There is no practical reason why bitcoins—which do not exist—should be limited. Whether 21 million or 21 billion, all the bitcoins in the world together have the same monetary value: zero.

The amount of dirt in my back yard is also limited, and people aren't contacting me to buy it because it has no practical value for them. Like bitcoin, its practical value to them is close to zero.

Yes, the dirt in my back yard has value—I can grow grass and flowers in it. The bitcoin system has value because people can use it to transfer funds anonymously. And the price of bitcoins may rise as more people buy bitcoins to make transfers. But remember: the people who use the system as it was designed to be used do not keep bitcoins for any longer than they have to. Once the funds have been transferred anonymously, they sell the bitcoins and the "coins" are back on the market.

But It Can Cost Thousands to Buy a Bitcoin!

In a market, the "value" of anything is what a willing buyer will pay for it.

It's worth repeating here that the market value of a bitcoin does not matter to those who use bitcoin as a means of exchange—of paying for a drug shipment. Whether a bitcoin is valued at $16 or $160 or $16,000, they will buy enough to transfer the funds, and the same amount will then quickly be sold by the receiving party. So the "value" of a bitcoin is immaterial to those who use the system.

That should worry you!

But People Get Rich From Bitcoins!

Yes. A speculation bubble is like that. Early buyers watch the price of bitcoins rise, non-buyers see the rise and buy. With ever more people buying to get in on the "boom," the price continues to rise. In theory, there is no limit to how high it can rise.

Sharp operators "pump & dump:" they buy to raise the price, then are the first to sell out, leaving later buyers to lose.

At some point, the "cascade of realization" begins: a few buyers see that the price has no link to reality. The earliest realizers sell and take profits. Then more bitcoin owners realize, and more, and more. As the cascade grows, with ever more people realizing that the end has come, (which always happens sooner or later), the price stops rising and begins to decline. Seeing this, others will fear the bubble has popped and they will try to sell as well. The rate of sales accelerates even more. With so many sales, transaction mechanisms are overwhelmed and cannot complete the transactions, so your order to sell will not happen until the value has fallen even farther. It may not happen at all: there may be no buyers! (Although there may be a few "greater fool" holdouts who can't believe that something of such great "value" before could "lose" all its "value" in the blink of an eye.)

The race to the bottom is on!

So I Should Sell Before the Decline Begins?

Yes. But no one knows when it will begin. With the price always rising, many bitcoin owners will want to enjoy the extra profits and will wait to sell. And when the bubble pops and they want to sell, many will not be able to sell. They could lose their entire investment.

You're playing with fire: sell at the right moment (which you can't know), and you'll be nice and warm with your profits. Try to sell once the decline begins and you'll probably just watch the value of your investment plummet to near zero—its actual worth—as your sell order is not completed because the systems are overwhelmed and/or there are no buyers.

Invest your money in something of real value: a company, a mutual fund, government bonds, land, a home, a hobby, some useful equipment. Or buy a book: 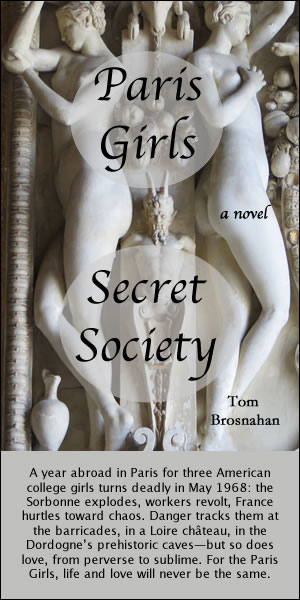